The Second book from Susannah Wise


For several months, Marnie, a middle-aged poet and mother, has experienced sightings of her long-dead identical twin sister, Perdita, across London. As a consequence, and due to her crippling writer’s block, she has sought the help of octogenarian Harley Street shrink, Schlap, to work through her problems. Not least her repeated dreams of being a man. 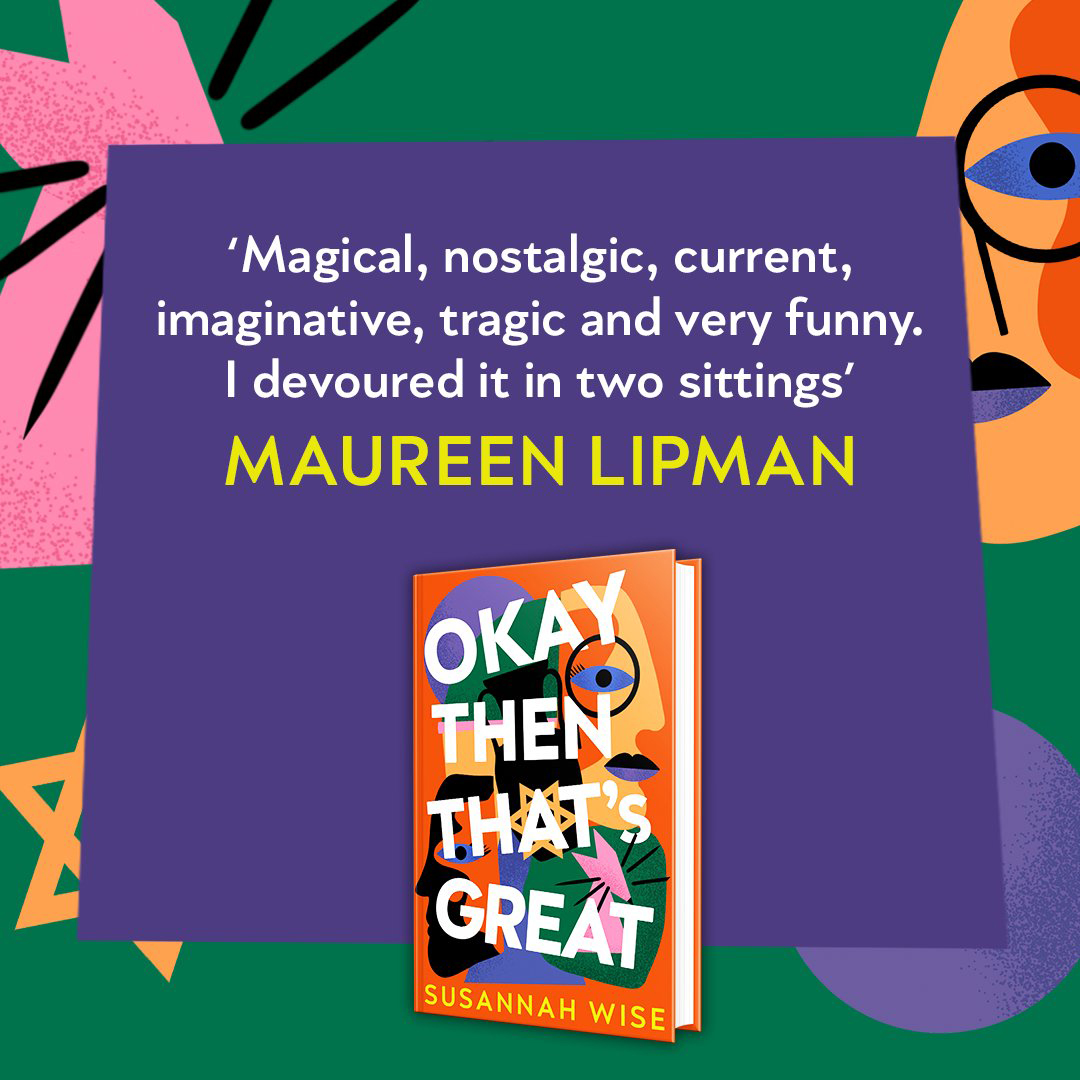 Schlap has problems of his own though, having recently suffered a silent stroke which has affected his memory. Or is he more aware of reality than Marnie herself?

Marnie's long-suffering partner and their three teenage kids are not helping matters. Neither is Marnie’s bohemian Alpha-course attending mum, her diabetic chef dad, nor the inquisitive family dog. Perhaps Marnie’s encounter and blossoming friendship with a woman who she thinks is the living embodiment of long-dead author Katherine Mansfield will provide the key to unlock her mind. Will Marnie’s writing be liberated from its prison? Is she losing her sanity? Will the price she has to pay be bigger than the sum of its parts? And does the previous sentence even make sense? All will be revealed...

It is magical, nostalgic, current, imaginative, tragic and very funny. I devoured it in two sittings. I saw nothing coming and was surprised and thrilled by the outcome."

Susannah Wise is an actor and writer who grew up in London and the Midlands.

A childhood spent outdoors inspired her love of nature and tree climbing.

The death of her father in 2015 was the catalyst for her first novel, THIS FRAGILE EARTH. His preoccupation with astronomy and the beauty of the night sky formed the jumping-off point for the story. Susannah studied at the Faber Academy, graduating in September 2018, during which time she wrote this second, more peculiar novel.

Both books have been longlisted for the Mslexia prize.

She lives in London with her partner and son.

'Confessions of a Debut Novelist' Podcast

Susannah discusses with Chloe Timms being a debut one year on, how her world-building developed through different drafts, the ups and downs on the way to publication, and the highlights of her debut year.

'This is an intense, engaging and beautifully written first novel'

What would you do to protect your family if the world stopped working?

Not long from now, in a recognisable yet changed London, Signy and Matthew lead a dull, difficult life. They’ve only really stayed together for the sake of their six year old son, Jed. But they’re surviving, just about. Until the day the technology that runs their world stops working.

Unable to use their phones, pay for anything, even open the smart door to their flat, Matthew assumes that this is just a momentary glitch in the computers that now run the world.

But then the electricity and gas are cut off. Even the water stops running. And the pollination drones – vital to the world, ever since the bees all died – are behaving oddly. People are going missing. Soldiers are on the streets. London is no longer safe.

A shocking incident sends Signy and Jed on the run, desperate to flee London and escape to the small village where Signy grew up. Determined to protect her son, Signy will do almost anything to survive as the world falls apart around them. But she has no idea what is waiting for them outside the city.

REVIEWS FOR THIS FRAGILE EARTH

'A compulsive page turner ... The science behind the author's dystopian vision of the future is impressive, but it's the movements of the heart that mark this book as a standout.'

'Poignant and perfect. This Fragile Earth shows us exactly how breakable-and reparable-our world is. Not to be missed!'

'What a mind-bending brilliant read. Beautiful and thought provoking, a powerful tribute to the bond between mother and child, LOVED it.'

'Susannah Wise's first novel is a dystopian triumph: dark, compelling, and all too believable like an extended episode of Black Mirror, it reminds us of the power of love.'

'Excellent, wonderfully detailed world-building and the very human, very relatable story of trying to save the ones you love tugged at my heart-strings in a sometimes unbearable way.'

'A remarkably original first novel, beautifully written, about a future that could be just around the corner.'

'This Fragile Earth is smart, with a fantastic sense of foreboding and anxiety, of ordinary lives about to go horribly off the rails... intelligent and accessible, restrained and suspenseful; hugely impressive work from a new writer.'

'This superbly accomplished debut is dark and compelling but ultimately filled with hope. I couldn't put it down.'

'I absolutely DEVOURED this book. It has everything I love - great characters, intrigue, action, heart, drama and hope. Cannot recommend it enough. It was so nice to read something so gripping it got me off my phone for two days.' 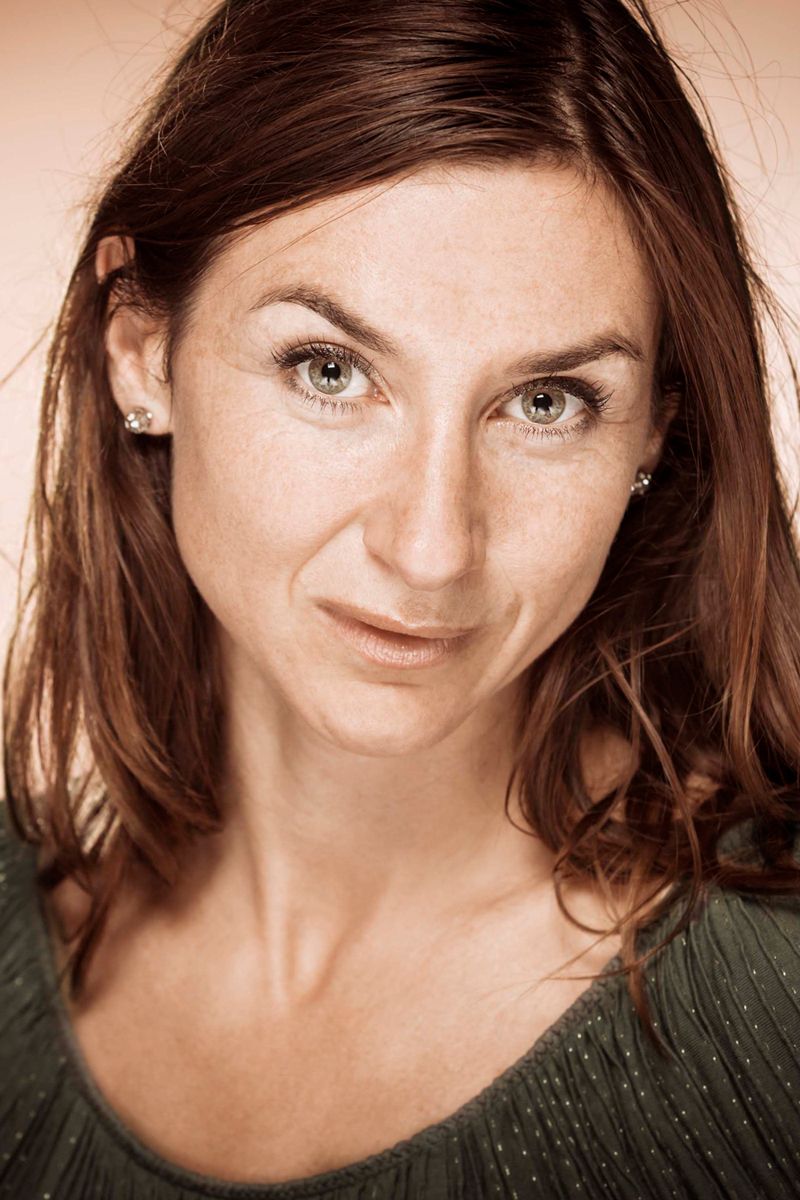 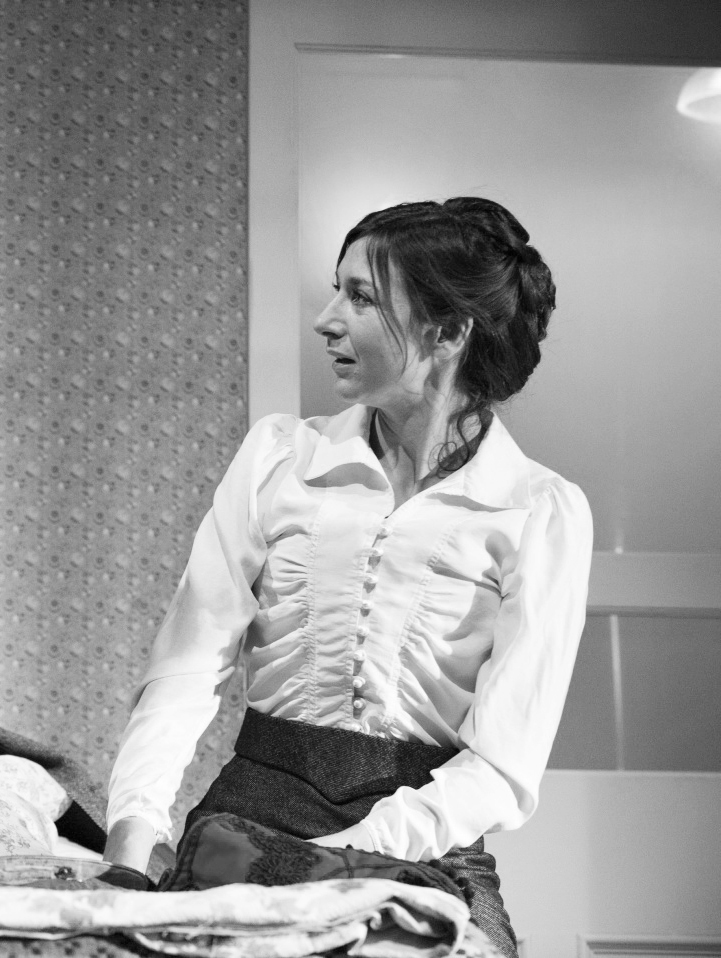 A Doll's House
The Young Vic 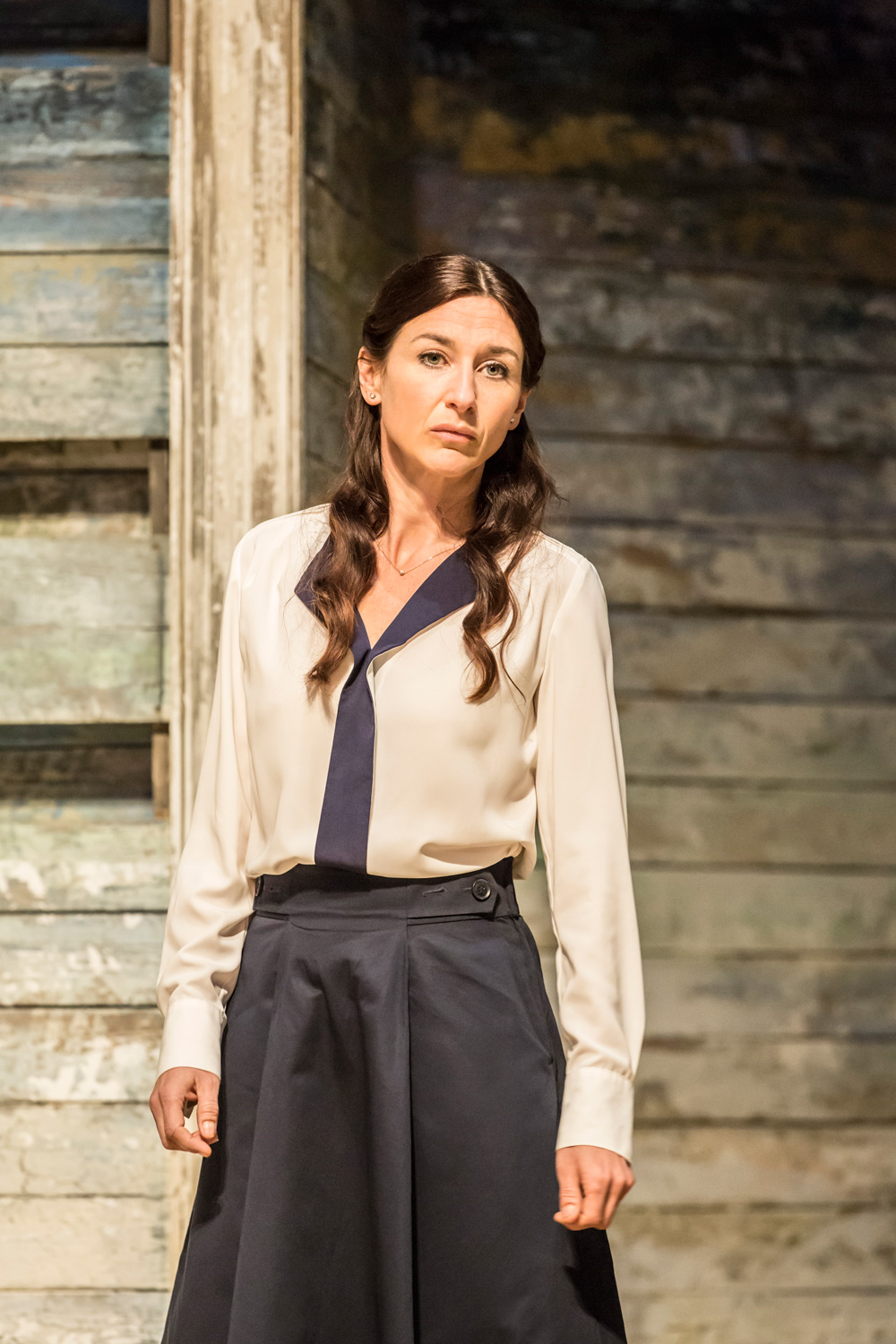 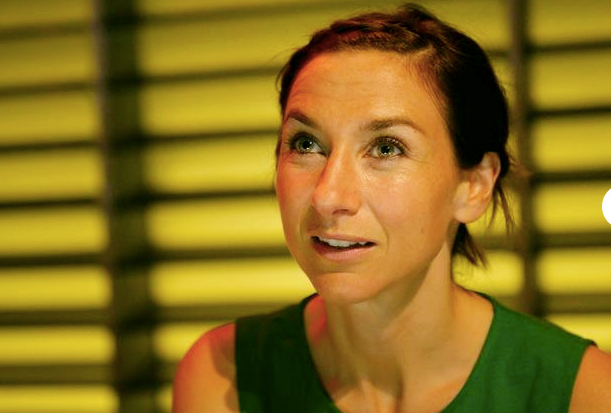 Just received this LOVELY video from Susannah Wise @susannahwise, the incredible narrator of my serial killer novel, Pretty Evil 😈 Susannah has completely embodied the dark, sassy, sulty nature of my main character, Camilla and I CANNOT wait for this audiobook to come out! 🔥🔪 pic.twitter.com/he9PNmlZ3S 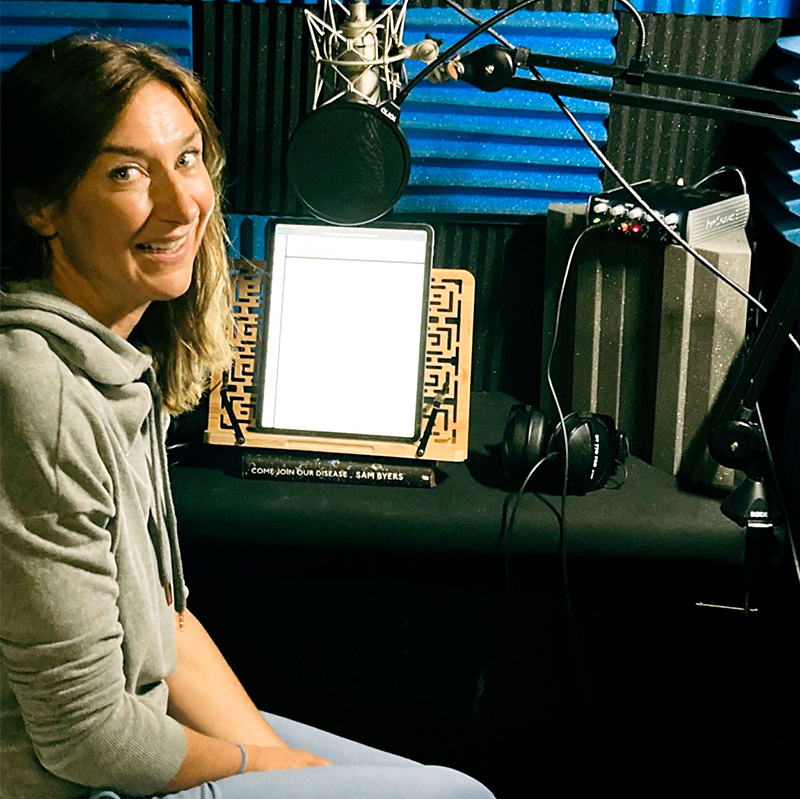 Five hours in a sound booth recording their second novel: happy, and slightly mad! 'OKAY THEN THAT'S GREAT' out July '22

'This Fragile Earth' out in paperback April 2022. 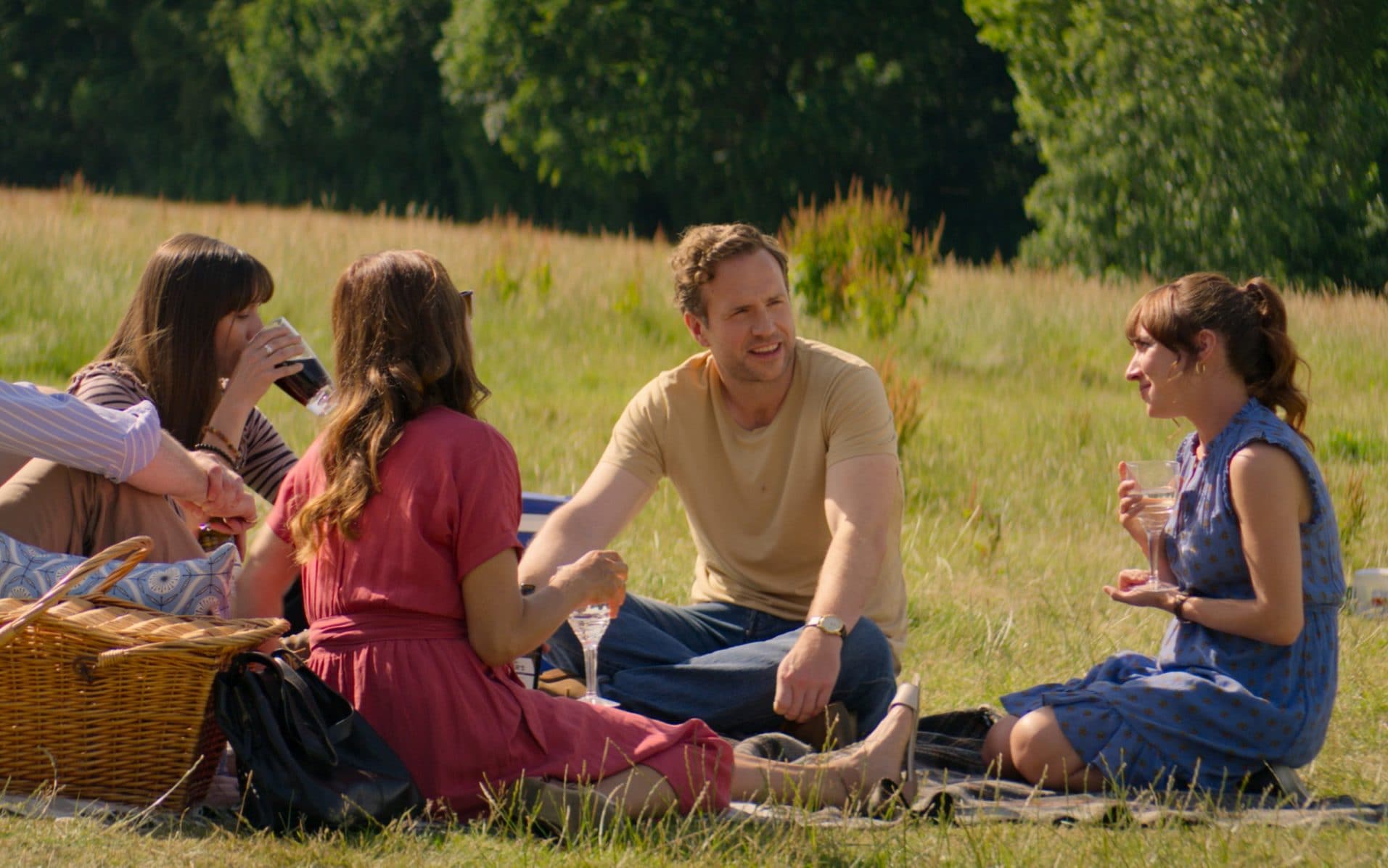 Susannah will shortly be reprising her role of Denise in the second series of Apple TV’s hit Trying.

A very nice piece of news to end 2022: OTTG has been included in @GraziaUK best books round-up for this year- keeping company with lots of other amazing authors like @katemax and @BonnieGarmus thank you Grazia and happy new year! 📚❤️🎄 pic.twitter.com/MRqocgJCsD

Kate Sawyer and her guests chat about what they write, how they write and we get the lowdown on the experience of seeing your novel out in the world.

Life as a Debut Author

Debut novelist Chloe Timms discusses her atmospheric new novel The Seawomen. She talks about what inspired her and the journey to publication, sharing her passion and writing advice.

Chloe is in conversation with actor and fellow writer Susannah Wise, author of This Fragile Earth and Okay Then That’s Great. 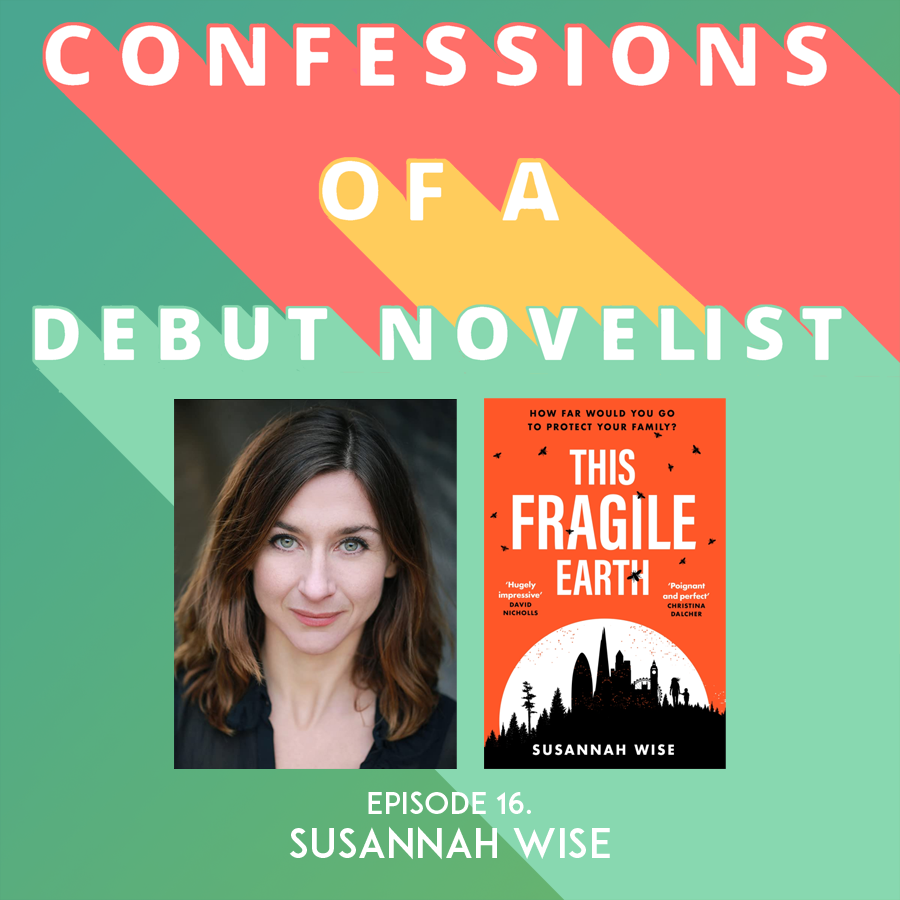 Confessions of a Debut Novelist

Susannah in conversation with Chloe Timms.


* These fields are required.

By clicking Send Message, you consent to our using your email or phone number to respond to your message if requested. Your email will never be shared with anyone else.